The only consistency in the United States’ relationship w 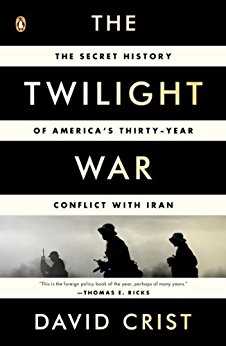 ith Iran is that our timing, actions, and message are always completely wrong. When Iran has offered diplomatic openings or opportunities to work together (after 9-11, prior to operations in Afghanistan, at the start of operations in Iraq, oil contracts with Conoco, etc.), we have talked about overthrowing their regime. When Iranian proxies have killed U.S. troops and diplomats (Beirut embassy bombing, Marine barracks bombing, Explosively Formed Projectiles in Iraq) we failed to respond in any meaningful way.

Iran is finally in sight of establishing their “Shia Crescent” stretching from Jerusalem to Tehran. They are an influential power in Iraq; Ayotallah Khomeini announced in 1982, “the road to Jerusalem runs through Karbala.” Like their partner Russia, they continue to seek recognition as a world power. As an empire, the Persians predate all other players in the Middle East, and Iranians believe they deserve to represent Islam worldwide. Any long-term strategy U.S. strategy will have to recognize Iran’s role in the region and do more than just contain their nuclear program and malign activities.

Successive CENTCOM commanders since 1985, from GEN George Crist to GEN Mattis have struggled with murky diplomatic guidance and unpalatable military options. GEN Crist sought multiple bilateral treaties with Gulf countries to form one combined force that could balance against Iran. GEN Zinni determined a military attack against Iran in 1997 would require 500,000 trips and take three years – so he, too, sought a coalition option. In 2005, GEN Abizaid advocated re-opening a consulate in Iran, offering to help Iran disrupt the influx of opium from Afghanistan, and renewing an emphasis on the Israel-Palestine peace process; he was rebuffed by President Bush’s administration. GEN Mattis focused CENTCOM on containing Iran’s maritime threat, but today, Iranian proxies continue their insurgent mining tactics in the Arabian Gulf and Strait of Hormuz, and Iran’s highly capable missiles can strike anywhere in the area of operations, to include NAVCENT’s headquarters in Bahrain and CENTCOM’s forward headquarters in Qatar.

Our Department of State remains equally incapable of crafting a successful strategy to deal with Iran. American diplomats have always struggled to read the Iranian “street” accurately, but we are at an even greater disadvantage now that all the Iranian experts in DoS have aged out. The Office of Iranian Affairs, opened in 2006 in Dubai offered an opportunity for U.S. diplomats to engage with Iranians seeking U.S. visas for business, family, and educational reasons. According to former Ambassador Crocker who worked in Iran prior to the 1979 revolution, “I learned the important lesson that you need to check your intellectual baggage at the door when you arrive in someone else’s complex society and Iran is an incredibly complex society.” One rare consistency in U.S. national strategy is the Carter Doctrine: Persian Gulf oil is critical to our national security. This has driven plans to protect the Strait of Hormuz by repelling a Soviet invasion of Iran, operations to escort Kuwaiti tankers, and deadly assaults targeting IRGC-owned oil rigs in the Gulf. However, these efforts were not part of a comprehensive strategy and had little impact on Iran in the long-term.

Overall, the lack of trust between Iran and the U.S. — a result of CIA meddling in Iranian elections, the U.S. Navy shoot-down of Iranian Flight 655 which killed 290 civilians, U.S. reneging on a deal to normalize relations following the release of hostages, support for Iraq during Iran/Iraq war, and countless other affronts — will likely prevent meaningful dialogue between the two states. Yet what other choice do we have? “For Iran there is no such thing as history; it is all still the present. We are the most ahistorical and they are the most historical” of all nations.